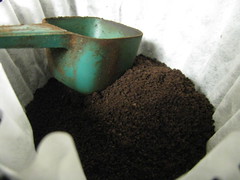 Monday morning and many of us are consuming coffee to wake up, the interesting question is smelling (over 900 volatile compounds) the coffee a part of the waking up procedure we experience?

A study reported in new scientist indicate that rats that were deprived of sleep for 24 hours had 11 genes downregulated, while the group that were also deprived of sleep but then exposed to the smell (aroma) of coffee 9 of the genes were no longer downregulted and the 2 others were upregulated.

Here is a short video on the subject:

Now the full study actually had two additional groups: control animals (non-sleep deprived), and control animals with coffee aroma. They also did not test if actually drinking coffee would have even a larger effect.

Coffee, has numerous health benefits but also some health risks. So I think the jury is still out on if coffee overall is good or bad for your brain and body health – and of course correct dose would be very important. However, a recent study indicate caffeine extended the lifespan of yeast.

Are you smelling the coffee this morning? Are you waking up to an exciting week – I hope so.

(There are numerous very unusual olfaction studies which I will cover soon on this blog.)

← Friday Friends
How to keep your stem cells young →

5 comments for “Does smelling coffee wake you up?”