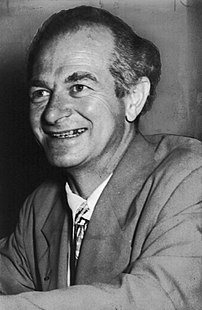 It was 30 years ago when Nobel prize winner Linus Pauling was telling us vitamin C can cure/treat cancer and have overall great benefits to our health. I was lucky enough maybe 20 years ago to hear Dr. Pauling give a talk a few years after I had recovered from cancer.

A 2007 report indicates that maybe Pauling was correct that taking vitamin C could be used as a preventive treatment (through a different mechanism than previously thought).

To make sense out of these two diverging results it could be that taking vitamin C reduces the potential of developing cancer, but if already have cancer and are trying to kill them off with chemotherapy vitamin C are protecting the cancer cells you are trying to kill off. I guess I was making a big mistake more than 2 decades ago when I took megadoses of vitamin C in hope of fighting off cancer during my chemotherapy (though I can’t remember how consistent I was with taking my vit. C). At that time with only a 5% prognosis of living I was willing to try anything and the use of vitamin C was popular in the lay publications that I read at the time.

Still from this you would think long term vitamin C intake would have a beneficial effect on over all health and possibly lifespan (since it would reduce cancer death not to mention general lowering of free radical damage). In a recent meta-analysis study that included over 200, 000 subjects (in total) and 385 publications found that vitamin C had no effect on mortality (Bjelakovic et. al., JAMA 2007). Interestingly, in this same meta-analysis study that actually found that beta carotene, vitamin A, and vitamin E increased mortality. Think about all of the people that have been taking these vitamins for most of their lives – then the results come out that it increases their chances of dying.

Over the years I would have argued for the use of vitamin supplements (especially if you do not eat a diverse healthy diet) but the meta-analysis examination of 385 papers suggests that taking your antioxidant vitamins might not be such a good thing. Instead, eat your fruits and vegetables.

Science is about being open to new data and changing your mind and behavior based on the best currently available information. But realize it can be wrong – as in taking vitamin C while undergoing chemotherapy, or at least this is our current best knowledge.

(Also this is very similar to the story about sunscreen. We were told for years that the one good thing we could do for our health was always wear sunscreen and now we find that the lack of vitamin D (you need sunlight exposure to convert vitamin D into its active form) is leading to a number of diseases). Don’t get sunburned, but get some sunlight – it is good for you.

← Heart rate variability and your brain: an update
Ideas versus consumerism →