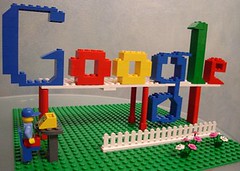 Google’s 10 to the 100th ‘save-the-world’ idea contest deadline is tomorrow (October 20 2008). I previously posted about this contest celebrating Google’s 10th anniversary. The project is asking for anybody with an idea that might help the world to submit their entry. There is no money to be won by the individual entering the contest, instead all the money (10 million) goes to funding the chosen projects (up to 5). So this contest is all about karma, all about trying to help the world. I highly encourage anybody that has an idea (not much time for brainstorming at this time) to enter the contest.

From the brain health perspective we just need to look at studies examining altruism and the brain’s reward system. Human’s brain and society appears to have co-evolved to make altruistic actions rewarding (Harbaugh et. al., 2007). So reward yourself by giving (be it an idea, a kind act, or money donation).

I managed to put my entry in this evening (October 19th). I do not know if it is a good enough idea, or if it has any chance of being chosen, but I thought I had to try. My idea centers on improving the efficiency of health science research. We will see what happens.

At the minimum we can all hope that something good comes out of the Google’s 10 to the 100th project and the world ends up being a little bit better place.

← The neuroscience behind hope
Moderation →