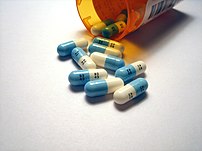 Probably the most widely used brain hack is the use of antidepressants. Is this a good hack or bad hack?

A recent meta-analysis study (freely available here) also indicates that except for the most severe cases of depression antidepressants are no more effective than placebo. This does not necessarily argue against the use of antidepressants because the placebo had a real effect. You could say they why not just use the placebo? But for the person suffering depression you still have to let them think they are getting the real thing to get the positive placebo effect – and that is not easy to do.

Tomorrow I will give you a further twist in the antidepressant story.