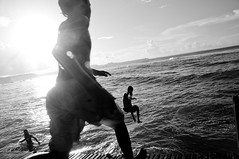 Would you be interested in a brain hack that makes you more social?

We all want to live a long and healthy life, and there is ongoing research trying to find treatments to extend your healthy life span. If you were going to live longer would that give you a different perspective on life? Would you take a different approach to the future, would it change how you socially interact?

The authors argue that the increased socialness was not due to a simple increase of activity level. Previous research has found in aged animals that have been on calorie restriction most of the lives that these animals are more active – but this is surmised to be due to the fact that they are healthier than their age matched full eating counter parts. From research I have been involved in with every-other-day fasting we did not observe increased activity in the acute period after induction of the dietary restriction in relatively young animals (and they cite several paper to further back up their argument).

The authors additionally add that this increased social activity observed in the dietary restricted groups is consistent with reduced anxiety that have been reported in several dietary restriction papers.

An interesting question then would be do other more pharmaceutically based interventions (e.g. resveratrol) that at least show some hints of increased life span also increase social activity? At a biochemical level does making you ‘younger’ than your age matched control group make you more social? Remember in most cases as organisms age they become less social.

I hope you all have a happy and socially active day.

6 comments for “Do longevity treatments make you more social?”