From the BIL conference: TOMS shoes - ONE for ONE

I just finished the weekend BIL conference and it was both educational and inspirational. There was a wide range of talks.

I am only going to highlight one talk/story today due to my time limitations on the net today.

TOMS shoes was founded by Blake Mycoskie. Blake on a trip in South America, who was not down there for humanitarian reasons, noticed all the children without shoes. He then hit upon the idea of providing shoes for these kids - just a pure idea of trying to help an obvious need. He founded a company (for profit but with a social conscious - not sure the term he used) with the simple idea of for every one shoe that is bought he will give one away to a child in need. ONE for ONE is their motto and “Changing a life begins with one step”.

He told a good story about how the editor of Vogue bought 600 shoes and gave them away to all the high fashion people he knew as a Christmas present. So now the entire fashion world knows about his project. Now the famous fashion designer Ralph Lauren is involved in the project.

Blake decided to go the for profit business route so that his giving could be sustainable - rather than just running out of supporters and interest. He figures if the business is sustainable he can do more good than going the standard donation/giving route. Blake also says that incredible people have left high end jobs at big shoe companies to come work on this project because they too are inspired to give back to society.

He says that he doesn’t have to advertise much because his buying customers are the best form of advertising you could imagine: passionate, supportive, and spreading the word.

A super simple idea that all started from just observing a need on one of his trips. Go check out the TOMS shoes website for more information. The video below probably gives a better explanation than I did - check it out. 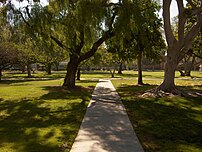 A live video feed of the main room’s talks will be available as well as a live feed of the event (click here for information).

The complete 2 day schedule can be found here.

The alternative ad-hoc unconference BIL is taking place this weekend (BIL 2009: minds set free, Feb 7-8, Long Beach, California). I am fortunate enough to be attending the BIL conference this year. There is a great line up of very interesting talks and I really look forward to new ideas and paradigms. It will be great for anybody that wants to stimulate their brain and/or try to make a difference in the world.

Here is a small sample of the scheduled talks (complete list can be found here):

The art of Conference Crashing

The Evils of Cloud Computing, Data Portability & Single Sign On

Embracing Your Humanity: a Platform for Global Change

Seasteading: how to homestead the high seas and why it will make politics work better

Cancer: A Call for a New Health Science Research Paradigm

Creating the University of the Future

Exercise and The Nervous System

The Free and Open Science/Technology Paradigm

EDAR (EVERYONE DESERVES A ROOF)

Crossing the Healthcare Chasm: Build It And They Might Come

I previously wrote about the BIL conference - which is an alternative to the high-end TED conference. I mentioned at the time that TED was already full (not to mention you have to invited and it cost 6,000 a year).

Well it turns out BIL is just as popular as they have already filled their 450 quota, but they are trying to secure sponsorship to be able to rent more space and accommodate more people. Despite them being ’sold out’ I signed up and added my proposed talk. Will see if they can fit me in. Hope I find out soon so I try to get a decent travel deal.