Do you make your own choices or does your brain?

Do you choose healthy choices, do you even choose?

Last week I blogged about a polymorphism in a gene that researchers argued that made you consume a larger amount of sugar. I countered the argument saying that despite whatever particular variation of gene you might have that equally or more important is you will power (power of choice). Invoking will power opens up the maybe the most important questions to us humans; do we have free will? I am an agnostic on this question, meaning that I have no evidence for free will (other than my subjective experience – unreliable to say the least), but am open (even hopeful) to new evidence.

Recently, there has been a couple papers that at least shine a small light on this subject (or the related subject self control) (Engbert, Brass ,Roskies, ) with the newest one published in Nature Neuroscience by the team lead by JD Haynes. There is also a NeruoPod podcast (pointed out to me by MindHacks.com) that I recommend (might make the overall story easier to understand) (the ‘free will’ question is at the start of the Nature podcast). Basically, by scanning the individuals brain the scientist could ‘predict’ what and when (very simple choice: subjects ‘freely’ choose either left or right button whenever they felt like it) the subjects would choose 7 to 10 seconds before the person was conscious of their choice.

Take a listen to the podcast.

Does this really suggest we have no free will? Well, I will leave this to both philosophers and the neuroscientists that specialize in this sub-field.

Do you think/believe you have free will? What choices are you making today - good or bad?

Posted in     free will, neuroeconomics | 2 Comments »
Who controls your eating your genes or you ?

A gene for sugar consumption.

Researchers have found a gene for sugar consumption. I previously wrote a post regarding nature vs nurture and argued that effort (which you have control over) is at least as important if not more important that nature. Now not everybody might agree with this statement, the real point is that at this point in time we can’t control our genes so you might as well work with what you have, which is effort, your will power. 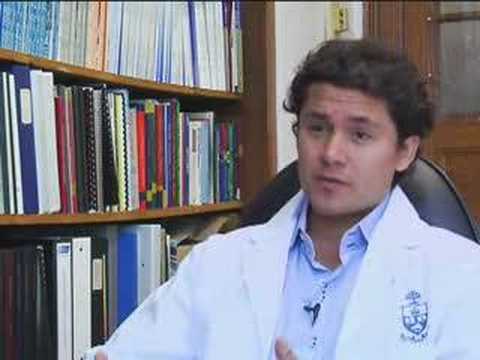 What did this research really find? They found one version of glut2 gene had an effect on the amount of sugar consumption. According to the scientist the difference in sugar consumption was equivalent to one can of normal pop. Classic coke has 39 grams of sugar (146 calories) in it. That does not seem like a huge amount, but it would add up over time.

I have a friend you recently lost 60 lbs, now I do not know if he has the ‘bad’ version of the glut2 gene but he did change his behavior and lost the weight, and kept it off. I would assume among the many people who lose weight some of them must have the glut2 sugar consumption gene. To the power of choice.

Don’t you think that even if you have the version of the glut2 gene that ‘makes’ you consume 39 more grams of sugar than the more normal version of this gene, that because of your goals in life you can drink, 1, 2 or 3 less cans of coke per day (or sugar equivalents of the coke drink)? Yes of course. You decide.