Rebooting a synthetic genome - think of what that really means. “Printing” off of a genome of whatever combination of genes, or even newly invented/tweaked genes, then taking that DNA and inserting it into an inert empty lipid bilayer of a cell and booting up the cell into a living organism.

Now this story initially blew me away, though it is simply comes out of the linear progression of ideas that are happening in the field of genetics.

Craig Venter (of historical human genome fame and infamy) was one of the senior authors on these papers – but they stopped just short of the actual reboot - maybe 2009!.

As an aside in the 2009 Edge question, “what will change everything” (and here) among the 100+ essays written by the intelligentsia Craig Venter was by far the most mentioned name - that tells you something.

In a 2007 Science paper the Venter group fully replaced the whole genome of DNA from one bacterial species with another (Lartigue et al., 2008). The title of the paper is: “Genome transplantation in bacteria: changing once species to another.” They are calling this ‘genome transplantation’ and the recipient bacteria takes on the genotype and phenotype of the transplanted genome.

Now the above paper is just one more step in what I presume the long term goal of Venter et. al., In 2008 the Venter group reported in another Science paper the outstanding ability to ‘print’ out an entire genome (albeit relatively small) and placing the complete printed genome into a cell.

As mentioned in several of Venter’s recent presentations (TED conference video - see below at about the 18:00 minute mark - but don’t forget about the BIL conference) all that is left to do is ‘boot’ up the new cell/organism. 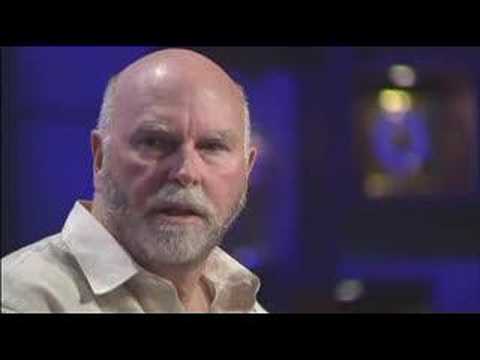 You can skip the video - but think about this:

Now this first might not quite strike the amazement in you the way it did me – so let me explain (as Venter also does). Think about the near future and we have many many organisms DNA sequences stored away in databases. Not the actual DNA but just a sequence of 1s and 0s representing the DNA code (A, T, C, G) just as you would think of any other pieces of information stored on your computer or the internet cloud (be they pictures of your grandmother, love letters, or the complete works of Shakespeare). Now without any wet lab genetic manipulation but just the day to day editing all of us do on our computers (be it word processing, picture processing, emails, or computer programming) you now could ‘edit’ various pieces of genetic code from numerous diverse organisms and ‘compile’ a complete genome - a complete organism (sure some easy editing tools that also does some rudimentary check for viability would be helpful). And after you have your newly edited, digitized, DNA sequence composed of a string of 1s and 0s in some electrical memory format you press a button to send it to the ‘printer’. The DNA sequence printer then goes to work to build your exact DNA sequence in real life A, T, C, G code. You could then next take your DNA sequence and inject your naked DNA into an empty cell (no DNA code). The big question is would it ‘boot up’ and become alive – Venter would say yes of course it will.

You now have created a brand new organism – will it survive and thrive? Sounds like the computer game of Spore. But this is not a game this is the reality of the new biology.

I predict the final stage of this long series of studies will occur successfully in 2009 - a synthetic genome will be rebooted and a potential new organism born - and Craig Venter will likely be involved.

Posted in     Uncategorized | No Comments »
Who could make sense out of mountains of scientific data ?

I posted earlier today about the mountain of cancer data donated by GlaxoSmithKline. While scientist and big pharmaceuticals are constantly generating more biological data the bottle neck problem is mining this data to find useful information.

Over at PIMM, Attila in his blog discusses a feature article in Wired magazine and offers a potential solution to this data infoglut problem (which is only going to get larger) might be Google, whose mission statement is: “to organize the world’s information and make it universally accessible and useful”. Could Google with their infrastructure and high concentrations of very smart people make sense of the current, and coming, infloglut of scientific data sets? Very interesting question.

And an update on the personal genomic squabble between the California government, who sent ceased and desist orders, and the genetic testing companies is covered here.

Posted in     bioinformatics, genetics | No Comments »