Depression, life span and lost years - a need for a new brain hack

Probably most of you could name the top 10 leading causes of death (in developed countries) and I think I have even mentioned them in a blog piece - but can you name # 11?

Suicide, induced by depression is the 11th leading cause of death (2/3 of the suicides are done by depressed patients - Cassano and Fava 2002). Many times if you don’t make it into the top 10 you are forgotten about, ignored - much like Google search results.

Maybe we should pay more attention. If a brain hack (treatment) can be developed to reduce depression and suicide the world would be a better place.

is a mental disorder characterized by a pervasive low mood, low self-esteem, and loss of interest or pleasure in normally enjoyable activities.

Depression cost to the individual:

Major depressive disorder (MDD) over a lifetime effects 13.3 - 17.1 % of USA and Europe  citizens (Cassano and Fava 2002). The prevalence of the disorder at any one time is in the range of 2.3 to 4.9% of the population. Approximately 20% of people with recurrent depression attempt suicide. Suicide, as mentioned above is the 11th leading cause of death and represents 1.3% of all deaths (diseases of the heart 26.6%, cancer 22.8%). And you might say 1% is not much - but there is also the number of lost years due to the disease (see below). People living with depression are not usually functioning at their normal level - and hence lose many years of ‘life’.

In the USA depression cost society 43.7 billion dollars (Cassano and Fava 2002) (could be higher now).  1.5 million disability-adjusted life years are lost each year in the world (based on 1990 data). This measurement could be put in both the individual and society cost category.

In a more recent paper (Lopez et. al., 2006) they defined burden of disease by this criteria:

disability-adjusted life years (DALYs)—to quantify the burden of diseases,
injuries, and risk factors with a single currency based on
years of life lost due to premature mortality (YLL) and
years of life lived in less than full health.

Beyond the obvious and tragic increase in the loss of life by suicide in depressed patients there appears to be additional health complications. The risk of dying from cardiac mortality is 1.5 to 3.9 fold higher in depressed patients (without prior cardiac disease) compared to the general population (Pennix et. al., 2001).

In reality, when you look at all causes of death in people with depression the risk of death is increased to around 1.3 (1.0 being baseline control) (Egede et. al., 2005) (some studies find higher numbers, other find roughly the same). And it was even worse if you had depression and diabetes.

And there is a growing recognition that there is a link between depression and both diabetes and metabolic syndrome (Dunbar et. al., 2008). Who knows which way the causal arrow points - it could even be bidirectional in this case. There is even a paper that wonders if depression should be reclassified as metabolic syndrome II (McIntyre et. al., 2007).

Depression is the 3rd highest disease burden in developed countries - with a very high personal and societal cost.

Depression, beyond suicide appears to increase all causes of death - but we don’t really understand why or how? There are some hints regarding the relationship between depression and metabolic syndrome/diabetes - but this needs to further studied.

Can we do anything to help these people? There are the standard treatments (wiki entry) but I hope that advances are made in the very near future to bring a better life to the large numbers of people suffering from depression.

Does the link between depression and metabolic syndrome/diabetes offer any hints of future research directions? We will have to wait and see if enough researchers are willing to explore this link further.

To saving lives and lost years.

Do antidepressants just make you hungry?

Social isolation and what happens to the brain

Antidepressants do the increase or decrease lifespan

Is the glass half full or half empty 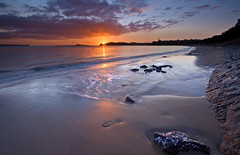 During the long winter quite a few people suffer from seasonal affective disorder and go into a funk, a depression. Combine our current wintery conditions with the depressive economic conditions we are undergoing and it is very apparent that many people could use a good brain hack to reduce depression and/or increase happiness.

I have commented several times on the wide diversity of health improvements that has been associated with dietary restriction (life span, heart disease, cancer, stroke recovery, Alzheimer’s disease, Parkinson’s disease, diabetes, etc). Basically, research on dietary restriction (DR) in the lab has shown beneficial effects on 9 of the 10 leading causes of deaths in humans (the only one that it didn’t is death by accidents).

While depression is not in the top 10 leading causes of death, but it is one of the most expensive disease in our society in terms of cost, and a leading cause of ‘lost days’.

Several previous studies have shown that dietary restriction improves depression symptoms in animal models (the same models that all our current drug use is based on), but a couple of new high profile papers have appeared recently that shed light on the molecular mechanisms.

Lutter et. al., 2008 in Nature Neuroscience examined how dietary restriction, through increasing gherlin levels, may relieve depression. Gherlin is the orexigenic (fancy word for appetite stimulating) hormone that is increased when you are hungry to induce us to eat. So really the researchers were studying if hunger can reduce depression, but that have to coax it in term of a protein like gherlin to get it into a high end journal like Nature Neuroscience.

They found that 10 days of 40% reduction in calories resulted in a 4 fold increase in acylated gherlin and robust anxiolytic and antidepressant like behaviors in the elevated plus maze and forced swim test (two standard measurements used when studying depression). If they tested this in mice with gherlin receptor (growth hormone secretagogue receptor: Ghsr) knocked out there was no positive effects.These results are suggesting that the dietary restriction induced upregulation in gherlin acting through Ghsr receptor is how dietary restriction reduces depression.

Next, to make it a nice drug study they injected gherlin into the mice and found that it also reduces anxiety and depression.

Then the researchers wanted to test this treatment in a chronic model and to do this they used ‘chronic social defeat stress (CSDS). Animals under these conditions change their behavior to avoid social situations (see this blog piece on social isolation and this one on does increased social interaction improve health). Chronic use of antidepressants can reverse this behavior back to the normal highly social behavior of these animals (very similar to humans). Interestingly, the researchers noted an increase of gherlin under chronic social defeat stress and they conclude this is the bodies defensive mechanism trying to cope with the stress.

If they subjected gherlin receptor knockout mice to the chronic social defeat stress they even showed more social avoidance than the normal mice - which further argues for the importance of gherlin to reduce social stress and depression.

Lutter et. al., 2008 in another paper also found that 10 days of calorie restriction “caused a marked reduction in two rodent models of depression”. The saw a dramatic reduction in depressive behavior in both male and females as demonstrated by an improvement in the forced swim test and an increase time to immobility and a reduction in total time spent immobile (these two test are typically used in animal models of depression and anxiety).

In this paper they find that the antidepressants like effects of food restriction is at least partly due to orexin (hypocretin). Orexin, like gherlin, also increases the craving for food.

Both calorie restriction (typically 20-40%) and every-other day fasting has been shown to increase the susceptibility to drug addiction in animal models. The theory is the brain system with the reduced food consumption ramps up the reward system - the sensitivity to reward, to encourage food consumption. But with the increased reward system the animals are more sensitive to the rewarding effects of external drugs.

The other way to look at this is those small rewards in life - a morning sunrise, a walk in nature - is a bit more beautiful, a bit more rewarding than normally because of a more sensitive reward system induced by dietary restriction.

So the increased reward system could also be playing a role in the antidepressant effects of dietary restriction.

Two fundamental molecules that increase when you are hungry - gherlin and orexin - play a role in the mechanism of reduced depression with dietary restriction.

(Cautionary notes - I would only suggest experimenting this if you are a fully grown adult. And also take caution if you are prone to addiction behavior since various forms of dietary restriction appears to increase addiction in animal models).

Tune in tomorrow for another twist in the story. Hint: one of the side effects of many antidepressants is increased hunger and subsequent weight gain. Try to figure out the molecular link and come back tomorrow to find out if you are correct. 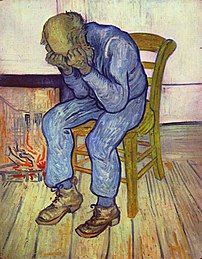 Earlier I posted on how researchers have found a link between social isolation and an overall reduction in health (and the possible opposite of how treatments that increase longevity may increase socialness). What about more specific changes in the brain from social isolation? A new paper sheds light on this question.

Wallace et. al., 2009 publishes their results in the latest Nature Neuroscience. Rats like humans are highly social organisms and if isolated has a negative effect on them. In this study they found isolated adult rats had increased anxiety and depressive like symptoms (but we already knew this). What the researchers were really after was a molecular understanding of the psychological symptoms. They found decreased cAMP response element-binding protein (CREB) in the nucleus accumbens shell (NAcSh).

This is where things gets complicated - which scientists love.

Are you still with me? Regarding the depressive symptoms:

Therefore, perhaps the anhedonia-like phenotype and the reversal of
depressive-like behaviors by imipramine that are observed in the
social isolation model are achieved in part through a hippocampal
CREB-dependent mechanism. CREB function is also implicated in
regulating emotional behavior in several additional circuits, such as
amygdala and prefrontal cortex15,20,40, which further underscores the
complex mechanisms that are probably involved in anxiety and
depression syndromes.

But all that said, in whatever language, for the people out there suffering from high anxiety or depression what does all this mean? It appears that chronic use of antidepressants may reduce the depressive and anxiety feelings brought on by social isolation. However, there is an ongoing controversy if antidepressants in humans are any more effective than a placebo, except for the most severe depression. But rats are not going to be getting a placebo affect from something we slip into their chow - so the antidepressant treatment is doing something at the molecular and behavorial level.

Maybe all the controversy behind that placebo treatment produces as good an effect as antidepressants in humans more speaks to the power of the human mind - be it to fool themselves or ‘believe’. The power of belief, the power of hope is very powerful in humans (see the neuroscience behind hope).

Also remember that exercise has been shown to increase neurogenesis and reduce depression - does this tie into the placebo effect, belief, hope?

Today: be social, exercise, have hope.